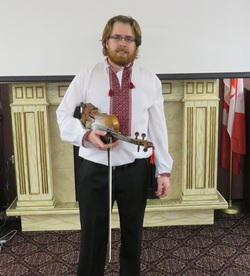 My family has influenced me a lot in my music. If it wasn’t for them, I wouldn’t be where I am today.  At Seventeen, I decided that it was time to make my first CD and named it “In Tradition”. With the support of family and friends the CD was a success.

I have had the opportunity to play Ukrainian Music with many people over the last few years in which they have inspired me to continue to play and entertain others.

Mr. Yogi Klos was one of my biggest influences and always encourage me with the fiddle. He’s made the fiddle do things that no one has ever imagined it could do. 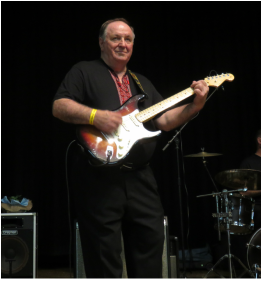 I started my musical career at a very young age.

From jam sessions in the kitchen to playing under the oak trees on the farm, the rest is history. 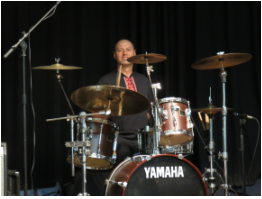 As a six year old boy listening to my dad play the saxophone, I was inspired to learn a musical instrument.  I started to teach myself the drum beat on boxes and pans.

I received his first drum set when I was 10 years old.  Soon after, at 11 years old I joined my dad's band and the rest is history.

I have played with many different bands through the times such as Polish, Ukrainian and German.  I enjoy playing for others, sharing my talent and inspiring others to learn. 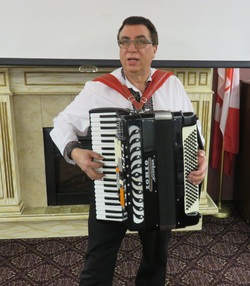 I took an interest in music when I received my first accordion at age four and began taking lessons at age seven.  I started playing in my first band when I was fourteen.

Over the years I have played at hundreds of events, including: dances, weddings, riverboat cruises, casinos, Ukrainian and other prairie festivals throughout Manitoba and Saskatchewan including Folklarama.

I have also been involved with many Ukrainian dance groups as their musical director, enhancing my passion for Ukrainian music. I currently enjoy playing all styles of music and love entertaining audiences.